The medical director of child and adolescent psychiatry with Harbor Oaks Hospital in New Baltimore offers insight and advice for parents. 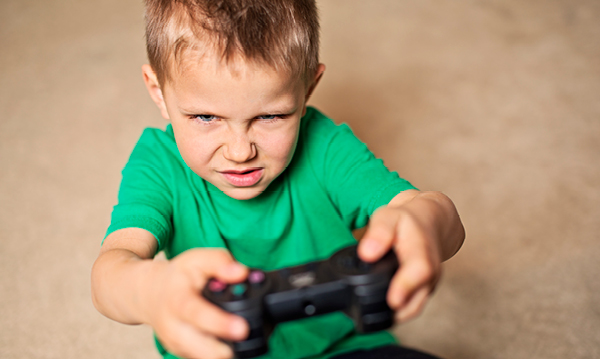 From reports of mass shootings to graphic video games and movies, kids are exposed to violence through every form of media.

So it’s perhaps little surprise that more and more children are acting out in violent ways.

“We live in, unfortunately, a very violent society,” says Dr. Sanjeev Venkataraman, the medical director of child and adolescent psychiatry at Harbor Oaks Hospital in New Baltimore. “That lowers the bar, so to speak, in some ways in what they accept as normal.”

While most kids go through stages of kicking and screaming – and for some, a little aggression can actually benefit them (if used in a positive way, such as sports or academics) – there are some behavioral red flags to look for, too, including kids who try to fight their parents, hurt others, are cruel to animals, set fires and even vandalize things.

“These things cross the threshold,” he says. “When you’re seeing a change in behavior of your kid, that is very atypical” – including extreme irritability, impulsiveness, easily getting frustrated or intense anger in a kid who is not typically very volatile – it’s time to address the issue.

Whether it’s TV, video games or the news, violence turns up everywhere – and with that comes a normalization of violent behavior.

“Exposure to violence in the media is something that parents need to be careful of,” Venkataraman says.

While it might seem daunting, parents have to take control of the images and information kids are receiving regarding gun violence and other disturbing acts.

“I think it’s important that parents moderate that discussion if there has to be one,” he says.

The same goes for movies, television and video games.

“They do these PG ratings for a reason,” Venkataraman says, so parents should consider the ratings before allowing their kids to watch certain movies or play violent video games.

2. Set an example and limits

We set the example for our children, so if we are violent – physically or verbally – they are more likely to be the same way. Keep yourself in check, Venkataraman suggests, and set an example for your kids at home.

“One of the factors that is associated with increased violent behavior is previous aggression or violence,” he says. Kids who witness violence are more likely to be violent, so if they see violence in the home, it becomes normal to them.

Another thing to keep in mind when it comes to your child’s aggression is that he or she might be acting out because of financial stress and other family-related adjustments – including divorce, separation or death of a loved one.

“Those are all factors that can contribute, so when a kid acts up, you have to take all of those things into consideration.”

When it comes to how to discipline a child for aggressive behavior, remember to be consistent. “Kids are very adaptable human beings. They don’t come with preconceived notions, but what you have to be is consistent,” he says.

It’s confusing if you are not consistent, and it makes kids more frustrated.

Because aggression is innate, Venkataraman says it can be used very productively. Sports are a fantastic outlet for kids to take out their aggression and to be competitive. For kids who might struggle with academics, for example, sports also can be a great opportunity for them to shine elsewhere.

“It’s very therapeutic to be on an athletic field and to be appreciated,” he says.

If your child isn’t athletic, that’s OK, too. If he or she has an artistic ability, exposing your child to an outlet such as pottery, painting or even jewelry making can be a great way to help him or her reduce aggressive behavior, as well.

At some stages in life, such as adolescence when hormones are raging and high school is full swing, it can be hard to determine if your child is acting aggressively or it’s just a symptom of being a teenager.

That’s why, as parents, it’s important to check in with your children to see how they are doing and feeling.

Find allies in their teachers, too, Venkataraman suggests. Make contact with them and keep involved. “If you can have a good relationship with teachers, they can alert you to any issues,” he adds.

If your child is showing signs of aggression, seeing a therapist is another option.

“The earlier you can act on it, the better it is. If you see that things are not going well, if you feel like something is not OK, I see no harm in getting an evaluation,” Venkataraman says. “A good therapist can be a good sounding board for the kid, and that’s all they may need.”