The issue puts kids at risk for many serious mental health conditions. Here's what parents should know. 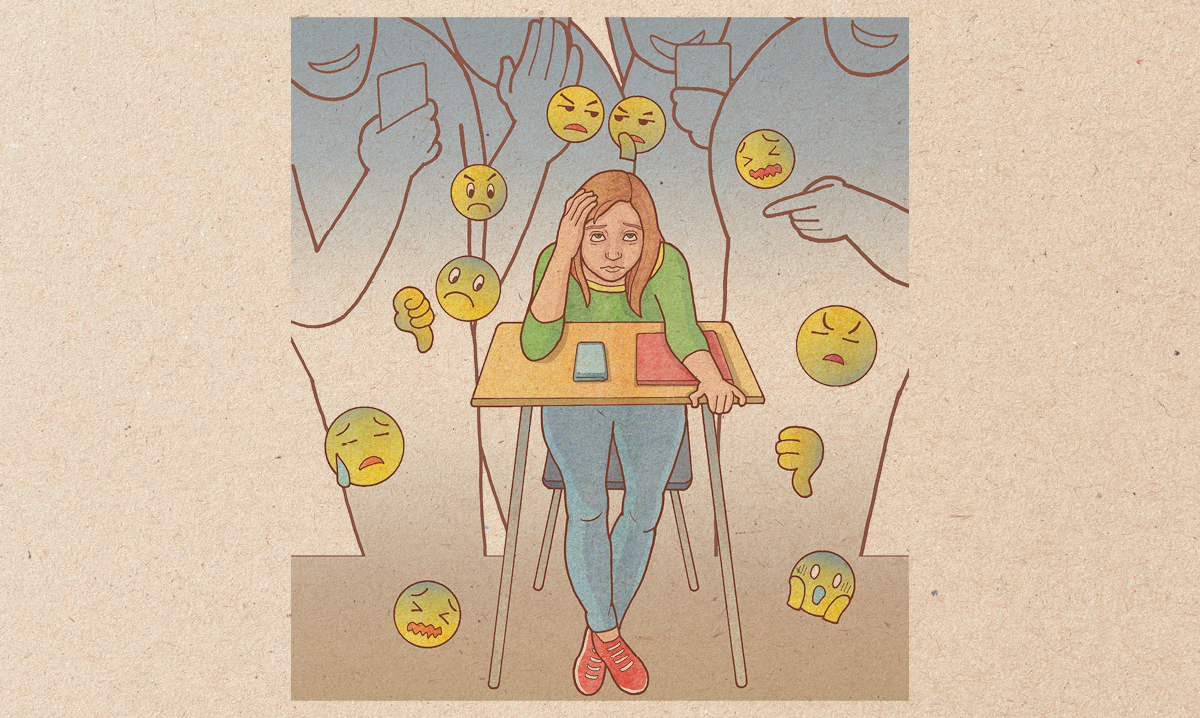 12-year-old commits suicide after being bullied.
Parents believe bullying led to 14-year-old’s suicide.
9-year-old died by suicide after he was bullied, mom says.

The headlines are almost too painful to read, but these news reports from the last few months are a small but shocking window into one of the biggest problems faced by today’s kids. Despite “no bully zones,” zero-tolerance bullying policies and an increasing emphasis on the issue, bullying is an ever-present reality in schools and communities. In fact, in 2016 more than one in five students reported being bullied, according to the National Center for Education Statistics.

“It goes on in every school,” says Dr. Marlene Seltzer, the founder and medical director of Beaumont Children’s anti-bullying initiative No Bullying Live Empowered (NoBLE) and an assistant professor of Obstetrics and Gynecology at the Oakland University William Beaumont School of Medicine.

And it comes at a significant cost to everyone involved.

“Anybody exposed to bullying, whether they’re the target, engaging in it or even witnessing it, can all have mental health consequences – so it’s quite significant,” Seltzer says.

Bullying comes in many forms, including physical bullying, social bullying through rumors or exclusion and cyberbullying using electronic platforms. Though cyberbullying is not the most common type, “we often hear about it because the consequences can be so devastating.”

Many things can put a child at an increased risk for being bullied, including students with disabilities, LGBTQ youth, obesity and “anything that makes someone different or stand out,” Seltzer says.

And while having a mental health condition can increase a child’s risk for being bullied, the bullying itself also ups a student’s risk for suffering from anxiety, depression, suicidality, substance abuse or post-traumatic stress disorder.

“There are quite a significant number of mental health risks,” she explains.

While bullying can begin as early as preschool, it typically peaks in middle school, when “being rejected by their peers can have a pretty profound impact.”

Good family relationships and strong support systems are known to be protective factors against the effects of bullying, but persistent bullying can hit hard – “especially when it’s happening at school and you’re going there every day, all day to this environment where people might be telling you that you’re worthless.”

If you suspect your child is being bullied, talk to them about it, Seltzer advises, and let them know you won’t do anything to “make it worse,” as many kids fear.

“The goal would be to have that information from their child and to keep those lines of communication open,” she says. Also, “If parents see any change in mood or behavior, they definitely want to explore that. They might also start developing physical symptoms like headaches or stomach aches.”

Addressing the problem often requires many steps, but mental health support should be a priority.

“They may need referral to a mental health specialist to try to help them and get strategies so they’re not impacted in the present and long-term,” Seltzer says. Arranging positive peer interaction opportunities is also helpful. “Those kind of positive interactions and relationships can really be beneficial,” she says.

But parents also must ensure that the bullying comes to an end – even if it means removing the child from the situation altogether. “It may be the best option,” she says.

“A lot of times when (suicide) situations are described by the media, often you’ll hear, ‘We had no idea it was that bad.’ Other times parents say, ‘We tried to get help and we couldn’t stop it,'” Seltzer says. That’s why mental health support is so critical, even if it doesn’t appear that your child needs it. “They may uncover more serious symptoms than the parents have realized.”

And don’t be afraid to talk about suicide with your child. Online resources can help you bring it up, but know that it won’t cause your child to consider suicide.

“That’s not shown to be the case,” she says.

While schools are working to eliminate bullying, a better societal commitment is needed to make the appropriate impact, Seltzer believes.

“It takes a sense of investment in our schools to create those sorts of environments where children can really thrive,” she says.

Removing the stigma of mental illness is also critical.

“They’re not wanting to seek help because of the stigma. They feel a lot of shame like, ‘Maybe there is something wrong with me, maybe they’re right.’ They can start to internalize those messages,” she says.

Kids often decide, “I’ll just handle it” alone. Make sure they know they don’t need to.

“Share the idea that if something happens, I want you to tell me and we’ll figure out a way to make it better together. Really that’s a wonderful message for any child to hear from their parents. You can tell me anything and I’m always going to love you and we’ll figure out what we need to do,” Seltzer emphasizes. “That feeling of unconditional love from an adult in your life really helps build resiliency.”

Are you looking to get away with your family or spouse? Check out the all-inclusive resorts in Michigan for some family fun or alone time with your significant other.
Read more
Parenting

If you want to join the fight to help end gun violence, start with these organizations.
Read more
Tweens & Teens

As teens get older, they might make friends with an older person — maybe even a young adult. Is this OK, and what rules should you enforce if you allow it?
Read more