This family favorite recipe mixes walnuts and fast, foolproof bread for 16 perfect, pillowy cinnamon rolls. Try it out with your kids! 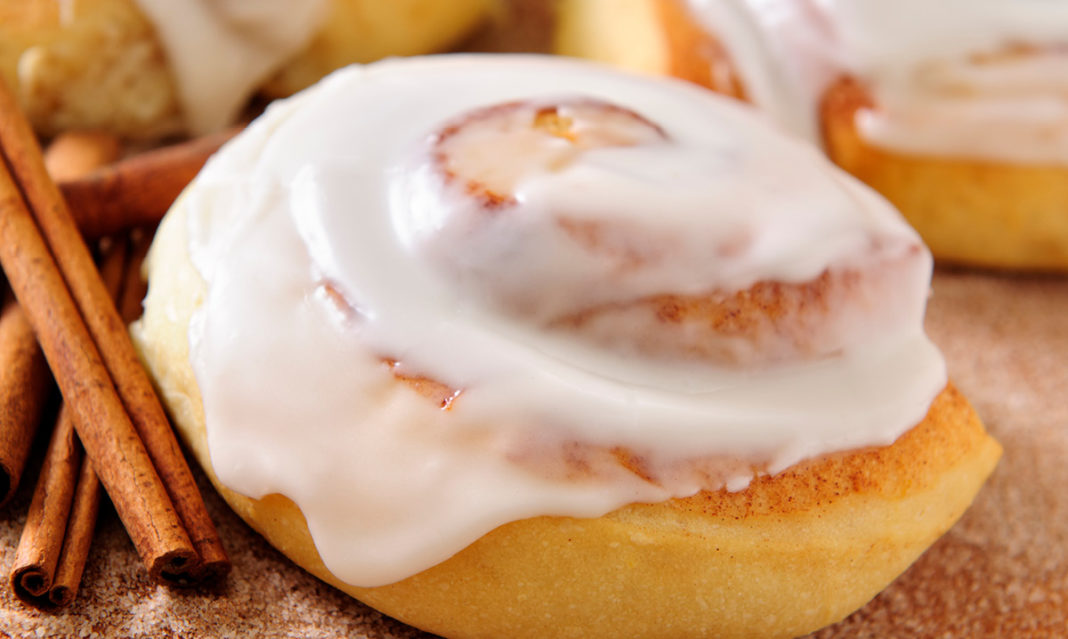 My mom never made a pan of cinnamon rolls —  she’d make four or five. There would be a couple pans draped with cotton kitchen towels on every counter, and the table would disappear underneath a cinnamon roll shroud. The whole house would be bathed in the aroma of yeast, cinnamon, butter.

Mom’s rolls were always about 2 inches across, golden on all sides, peppered with dark raisins and bits of walnuts and topped with a powdered sugar frosting. It seems every baker has a slant on how to craft rolls. Some like to use the buttery, rich brioche roll for the dough. Some swear by melting butter for the gooey interior; others don’t use butter at all – just cinnamon and sugar. And raisins – that’s a matter of debate at our house. I’m not a fan of raisins in my rolls – in cookies, yes; cinnamon rolls, big chunks of walnuts, please.

And as far as cinnamon roll construction – well, I loved my mom’s rolls, truly, but I like a bigger roll. I don’t use a cookie sheet like my mom, I use a casserole dish so that I can have tall, thick rolls that push together as they rise and bake. Now maybe my cinnamon roll philosophy differs, because I don’t have leftovers. I make two pans – 16 rolls – and that’s it. My mom would make enough rolls to feed my brothers and sisters (all six of us!) for a couple breakfasts, and then she’d fill the freezer with leftovers.

My rolls differ from my mom’s in another way, too: They’re fast and foolproof. I borrowed my no-fail bread recipe to craft these rolls. The recipe goes together quickly and isn’t as heavy as a standard roll. I save the butter for the filling – there’s none in the dough making this a lighter, but still good-sized, breakfast treat.