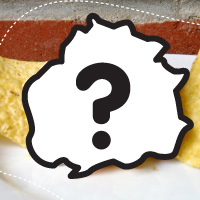 My 7-year-old looked stumped. “Whose potato salad do you think is better?” I coaxed, “The yellow, sticky one? Or this one with little bright green things in it that make it taste good?”

You have to understand, some of the most heated discussions I’ve had with my husband revolved around how to prepare food. And when it comes to potato salad, we completely disagree on what’s good – that was, until a month or so ago.

I like a light potato salad – red potatoes with the skins still on tossed with extra virgin olive oil, sea salt, garlic and fresh herbs like chives, dill and parsley. My husband, on the other hand, reaches for the more traditional potato salad, with generous amounts of mayo, hardboiled eggs (which I can’t stomach) and a little pickle relish tossed in.

For years, at family picnics, we’ve had dueling potato salads – mine drenched with herbs, his with mayo. We would prepare a big batch of potatoes and then separate them after cooking so that we could create our own versions. Of course, we weren’t content at just making our recipes – we wanted our kids to judge which one was better (I think Bobby Flay’s Throwdown on the Food Network had just become popular).

My oldest daughter – ever the diplomat – would diligently try each one and then say that she liked both. Ah, the safe answer.

But making two potato salads became tedious – twice the amount of bowls and cleanup. So my husband decided to try and make a hybrid version of our salads – a Better Potato Salad Recipe – merging our favorite elements to create something both of us would like.

I was readying my “that’s-nice-dear” face – especially when he pulled out the hardboiled eggs. But he really did try to merge what I liked best with his favorite ingredients. In were the skin-on red potatoes and a smattering of fresh herbs; out was gobs of mayo. The hardboiled eggs stayed, but instead of putting them in sliced, he creamed the yolks into the mayo-based sauce as a thickener, then he diced the whites. Instead of just putting in regular, yellow mustard, he added Dijon, too, along with diced pickles (not the spoonful of sweet relish). The results were a more flavorful, tangy potato salad. I ate two helpings the first time he made it (and had some for breakfast on Day Two).

No doubt, you have your own opinions about what makes for the perfect potato salad. But if you’re planning a picnic any time this summer, you should try making a few tweaks to your traditional recipe and see if you get requests for second and third helpings – and, if you have one of your kids request it for breakfast? Well, then, you know it’s good.