Introduce your young ones to seafood with one of these quick-cooking shrimp dinner dishes, including creamy shrimp Alfredo and easy coconut shrimp. 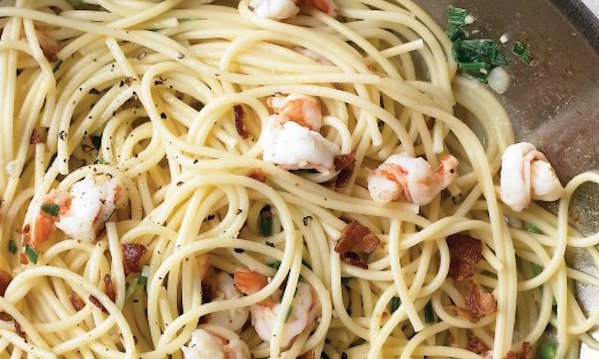 Do your kids like shrimp? If they turn up their noses at other seafood, you might want to give shrimp a try. Mild-flavored, quick-cooking shrimp soak up whatever seasonings or sauces you cook them in. Plus, shrimp packs plenty of protein without a lot of fat.

So if you’ve grown tired of chicken, beef and pork for dinner, mix it up with some of these shrimp dishes. Pair shrimp with pasta by making either spaghetti with shrimp and bacon or creamy shrimp Alfredo.

Ditch the forks and let your kids eat with their hands when you make crispy baked shrimp or easy coconut shrimp. Now, who’s ready to try shrimp? 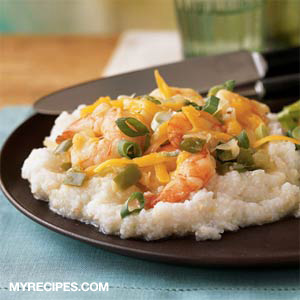 This southern shrimp and grits recipe from Kraft is surprisingly easy to put together. Follow the package directions for quick-cooking grits before starting the rest of the dish.

Crisp bacon in a large skillet and then cook the shrimp, green onions and garlic in the same pan. Mix everything together along with some shredded cheddar cheese. Comfort food perfected! 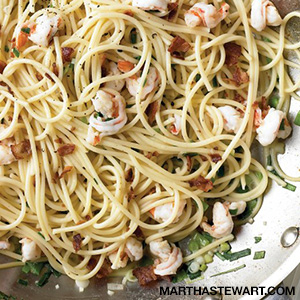 Spaghetti with Shrimp and Bacon

Are your kids already noodle fans? Then try this spaghetti with shrimp and bacon recipe from Martha Stewart.

The fast recipe calls for you to make the pasta in one pan while you brown bacon in another. Saute the shrimp in the bacon drippings along with garlic and scallions. Mix with the pasta and dinner is done! 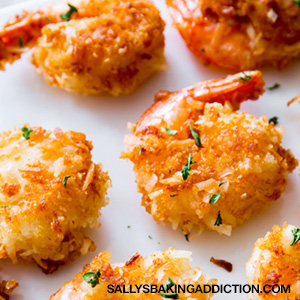 These easy coconut shrimp from Sally’s Baking Addiction take some time to put together but they’re worth the effort – and the trip into the frying pan! First, dip raw, deveined shrimp into flour and then in a bowl of beaten eggs. This provides the “glue” for coconut that comes next. Fry the coconut-coated shrimp in oil and then drain on paper towels. Delish. 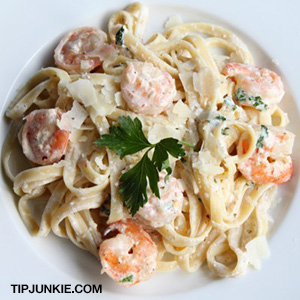 Simmer shrimp in a combination of Alfredo and tomato sauces to serve over pasta to create this creamy shrimp Alfredo dish from Bertolli. If you don’t have Alfredo sauce on hand, you could also use extra tomato sauce instead. Pair with thick fettuccini. Expect cheers all around from hungry kids with this Italian dish. 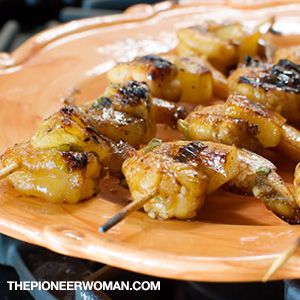 Remove the outer shell of the shrimp before placing them into a marinade of teriyaki sauce, garlic, sugar and pineapple juice. Let the shrimp soak in the sweet flavor.

Then put the shrimp onto kebob sticks with a pineapple chunk tucked insider. Grill these yummy, easy pineapple skewered shrimp from The Pioneer Woman either outside or on a stovetop grill. 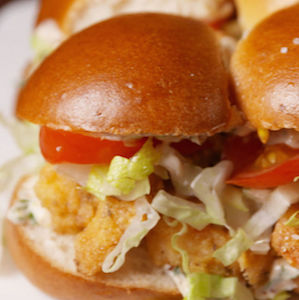 Add shrimp to a milk mixture then toss in a flour mixture – seasoned with Cajun seasoning, thyme, salt and pepper. Fry shrimp until golden brown, make your own remoulade and then build these yummy shrimp po’ boy sliders from Delish.