Explore the lives of ancient Rome's wealthiest on their trips to the Pompeii area through this special exhibit at this local archaeology museum. 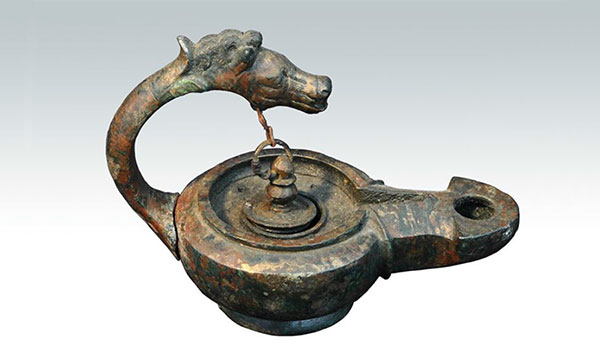 Ever wonder what it was like to vacation in the Bay of Naples, near Pompeii, back in the days of Julius Caesar, Nero and Augustus? Curious as to what luxuries they must have had in their villas?

Families can find out all about the “lavish lifestyles” of these wealthy ancient Romans who owned villas near Pompeii before Mount Vesuvius’ eruption in AD 79, the Kelsey Museum of Archaeology notes. The traveling exhibit Leisure and Luxury in the Age of Nero: The Villas of Oplontis near Pompeii will make a stop at this Ann Arbor museum Feb. 19-May 15, 2016.

Visitors will travel to this ancient time to see what these affluent citizens lived like when they spent vacations in the Bay of Naples. Galleries feature more than 200 items from Italy, which were discovered in “two structures at Oplontis that were buried when Mount Vesuvius erupted,” the museum’s website notes – one of which may have belonged to Nero’s second wife’s family.

See everything from artwork to everyday items like sculptures and oil lamps – plus hints of the economic times through domestic and commercial objects on display, such as shipping jars and vessels, a press release notes. Check out a display about one of 54 skeletons found at one of the sites. Then, learn more about archaeologists and their methods for excavating such artifacts. Use a computer to go a step further and see exactly where these objects were found and what they looked like then compared to now.

Families can attend a special Family Day running 12:30 p.m.-3:30 p.m. April 9, 2016, featuring hands-on activities such as a chance to create mosaics and frescoes in Newberry Hall, and kid-friendly tours of the exhibit at 1, 2 and 3 p.m.

The exhibit is good for kids grades 5-plus. Admission is free, though donations are welcome. The exhibit will be open during regular museum hours, which are 9 a.m.-4 p.m. Tuesdays-Fridays and 1-4 p.m. Saturdays-Sundays.

Learn more about the Leisure and Luxury in the Age of Nero: The Villas of Oplontis near Pompeii exhibit at the Kelsey Museum of Archaeology in Ann Arbor by visiting the Metro Parent calendar.