Binge-worthy Family Shows and Movies to Watch With Your Kids

From dramas full of teachable moments to cooking shows and beyond, local moms offer their top picks in this guide of binge-worthy family shows and movies. 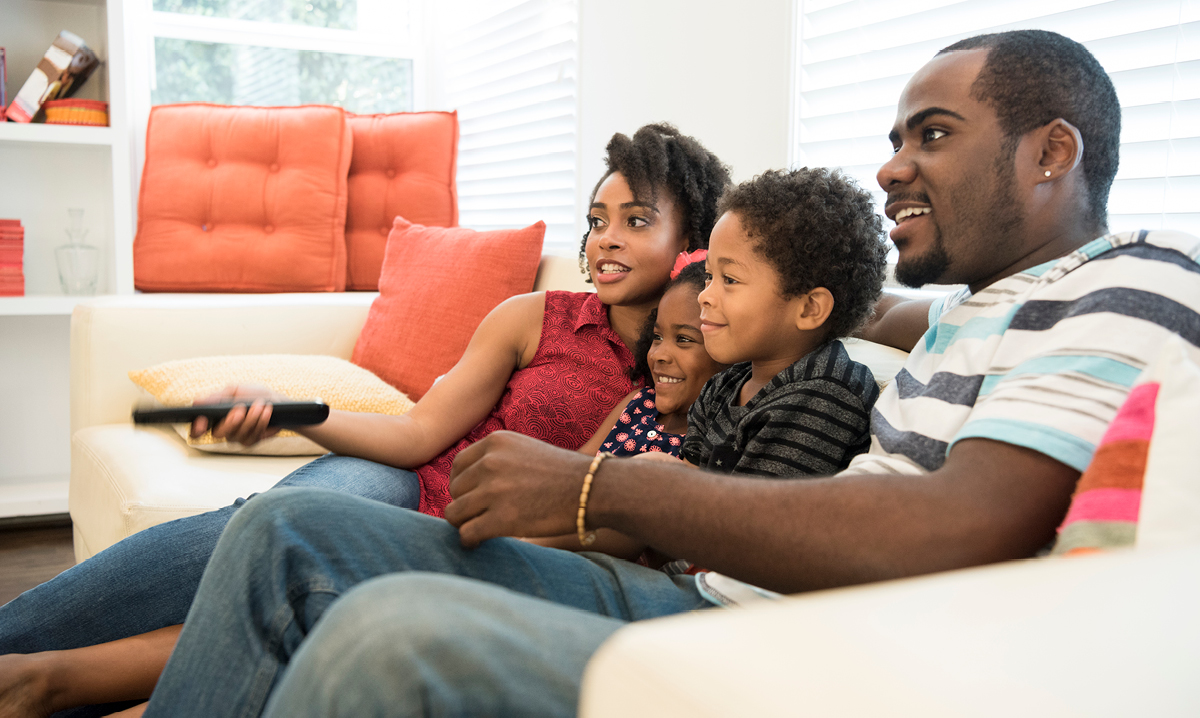 Ah, the joys of binge-watching. Who can resist the satisfaction of getting hooked on a show and knowing you can stream seasons on end without ever having to wait for a new episode or commercial break?

It’s a simple indulgence parents and kids can’t help but love, whether it’s during those idle days of summer (aside from summer camps, family vacations and playing outside, of course) or a weekend break during the school year.

But instead of each family member retreating to their respective screens at night, make your next TV marathon a group activity by choosing one of these binge-worthy family shows.

They’re a great way to unwind a bit – and maybe discover the benefits of watching television as a family (seriously!). Best of all, they’re all recommended by local moms here in metro Detroit and Ann Arbor.

Read on for our top picks for various age levels. (All age guidelines are from Common Sense Media.)

Childhood is magical, and the creative minds behind these TV series know just how to harness it – with plenty of life lessons in. Here are a few picks we love. 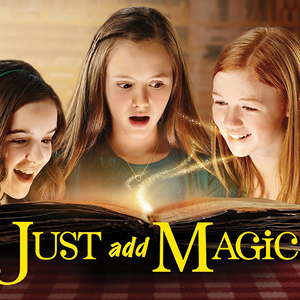 Streaming on: Amazon Prime
Ages: 6-plus

BFFs Kelly, Hannah and Darby find an old cookbook in the attic and spend each episode making a magic recipe and facing the unpredictable results of its spell. A deeper mystery hangs over each of the three seasons that will keep you coming back for more. The show includes three generations of strong female characters, and touches on themes of friendship, loyalty and morality as the girls struggle to use their powers wisely. Plus, the cooking and baking montages make a wide variety of dishes look fun and easy to make, and just might inspire you and your kids to conjure up some magic in the kitchen together. 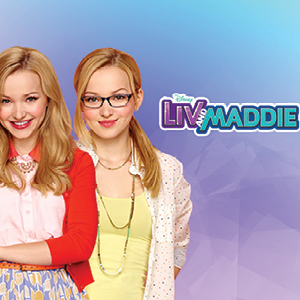 Streaming on: Netflix
Ages: 7-plus

Most Disney shows are super cheesy, but this one rises above the din to binge-worthy status. The comedy, which aired five seasons ending last year, depicts the relationship between identical Wisconsin twins Liv, a working actress who loves fashion and shines in the spotlight, and Maddie, an aspiring basketball player with down-to-earth style and a competitive edge. As they navigate high school, friendships and sharing a bedroom, their brothers constantly mess with them, leading to clever humor and surprising sight gags that are laugh-out-loud funny. Yes, it can be over-acted and the final season jumps the shark with the Rooney family moving to L.A., but hey, this show is as breezy as a beach read the whole family can share. 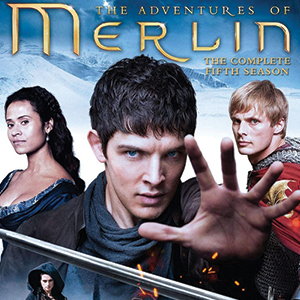 Streaming on: Netflix
Ages: 10-plus

In this updated retelling of the King Arthur tale, Merlin is a gifted, humble teenaged servant (and a warlock-in-training) in Camelot’s court where magic has been outlawed. And King Arthur? He’s not yet a king, but a teenager, too. Merlin must protect Arthur from any number of dangers like dragons, witches, evil fairies, demented knights and more – without Arthur finding out Merlin’s using magic to save him. Over five seasons, your family will see Merlin and Arthur navigate difficult choices – often with unexpected consequences that at times will make you laugh, or reach for the tissues. The show cleverly dances the line between whimsy and seriousness – think: farting trolls, double deceptions and, of course, sword fights – all culminating in a climax that will make you believe in legends and wish for more episodes.

Who says bonding with your adolescent is impossible? These three shows are sure to get you laughing – and maybe even chatting during popcorn restock runs. 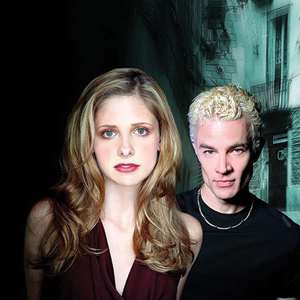 Streaming on: Hulu
Ages: 13-plus

On its surface, this ’90s teen drama seems like a superficial sci-fi soap, a precursor to the Twilight tale of a teen girl falling for a fanged hottie. But while Twilight was all glittery guys and groan-worthy plot lines, Buffy is an allegory for the distinctly beautiful yet painful experience of being a teenager. Sure, Buffy and her Scooby Gang of friends battle monsters of the week all to save civilization from the Hellmouth bubbling up below their California ‘burb, but dig a bit deeper and you realize these “monsters” often represent authoritarianism, sexism, depression and other heady stuff that teens are trying to understand. The episodes can have mature themes but are imbued with meaning that could be conversation starters. A vivid example is the aftermath of Buffy losing her virginity to Angel, a 200-year-old vampire who suddenly turns back into a bloodthirsty monster after they consummate their relationship. Sound like a dramatic take on a common real-life rite-of-passage for a lot of young women? Exactly. And that’s just one of many ways Buffy tackles tough topics, all while showing that in the end girls can kick some serious ass and may just end up being the ones who save the world. 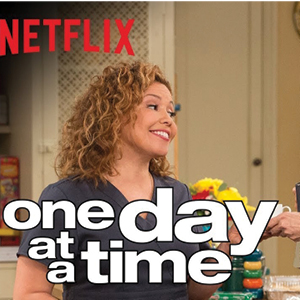 One Day at a Time

Streaming on: Netflix
Ages: 12-plus

One of the smartest shows on TV right is a retro sitcom. Seriously. The sharp writing, captivating acting and thought-provoking storylines in Netflix’s One Day at a Time reboot have made it a favorite at our house. When I heard the laugh-track-punctuated relic from my childhood was making a comeback, I figured I’d watch it solo. Surely my kids wouldn’t be entertained by a formulaic sitcom when they’re being raised on the likes of Stranger Things. Then came word from East Lansing that my 18-year-old had binged One Day at a Time in her dorm room, later raving to us about its exploration of women’s rights, immigration and LGBTQ identity in a compassionate yet hilarious way. That was all it took to get her 16-year-old brother and dad on board, and it became our top choice for family viewing. No binging for us, though — we prefer to queue up a couple episodes in a row and call it Two Days at a Time.

Streaming on: HBO
Ages: 16-plus

The most successful comedy isn’t the most ludicrous – it’s the stuff you can picture happening in real life … just with snappier dialogue. Silicon Valley’s starring role belongs to tech startup Pied Piper, a collection of brilliant, if socially insecure tech-heads who achieve success, only to hit rock bottom, typically several times each episode. We laugh at Richard, Jared, Dinesh, and Gilfoyle because we know them. At work, school, the computer repair shop – they live among us. (Well, hopefully not Gilfoyle.) GenZs will cheer on the underdogs as they win – and then lose – against corporate tech giants. If they happen to be victorious, it’s because they’re astoundingly clever … or just very lucky. With five seasons so far, Silicon Valley is way more fun than an all-night coding party. But probably just as painful (in a good way). 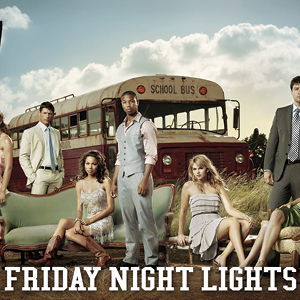 Streaming on: Amazon and Hulu
Ages: 14-plus

My son, who is now 23, mostly enjoyed watching live sporting events and, OK, Family Guy. But he and his cousin both loved Friday Night Lights – as complex and realistic as it is. Football may have been the draw but the stories reel you in – and they don’t shy away from heartbreak, disappointment and even joy. It’s refreshing to witness the strong marriage between the two main characters, Coach Taylor and his wife, Tami Taylor; but their marriage is hardly problem-free – which is also refreshing. You root for them, as well as the teenagers who experience really tough but realistic life challenges such as alcoholism, parents who can’t be around and lack of economic opportunity. Never patronizing, the writing and acting are top-notch. I think the show gives families the chance to reflect on what their own response might be to tough times – making it even more worthwhile.

Looking to get your kids interested in cooking – or simply want to celebrate your current obsession with all things food? Try these three flicks on for size. 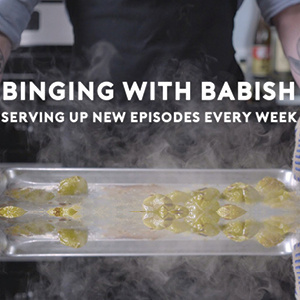 In a super-sleek kitchen/studio, combine one accomplished filmmaker (Andrew Rea), one butter-smooth voiceover and dozens of memorable recipes from cartoons, films and TV. Blend well. Coat liberally in high-end kitchen appliances and sprinkle with dry humor. Garnish with a moniker borrowed from Oliver Babish, character from The West Wing. This is the award-winning Binging with Babish, a show that makes most recipes look easy enough to try. (My own son aced his miso kombucha barbecue sauce.) Binging with Babish is a binge-worthy success, cooked to perfection and professionally plated. Pairs well with any kid who loves making – or eating – everything from a Simpsons crayon sandwich to a SpongeBob SquarePants Krabby Patty. 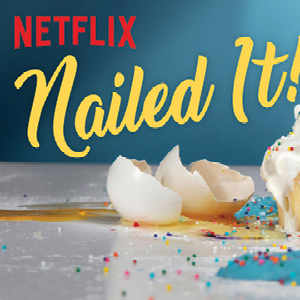 Streaming on: Netflix
Ages: 11-plus

Nailed It! has been a fun summer find. All three of our kids (ages 5, 7 and 9) enjoy it along with us old folks. In each roughly 30-minute episode, three amateur bakers attempt to recreate breathtaking cakes or other culinary creations put together by the seasoned pros. Hilarity ensues. Guest judges provide commentary alongside host and comedian Nicole Byer and renowned French pastry chef Jacques Torres. Nailed It! elicits many laugh-out-loud moments throughout, and really, what better kind of TV is there than that? All viewers will take away helpful baking tips. Wee viewers will come to realize that more important than winning or losing is how to properly fondant a cake. 😉 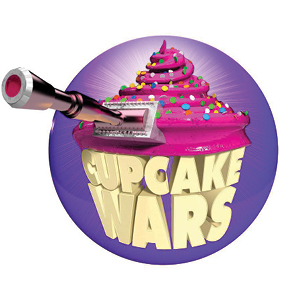 Streaming on: Hulu
Ages: 10-plus

I don’t watch much TV, but when I do, I love watching cooking shows. And I have indeed binge-watched the Food Network’s Cupcake Wars with my girls Madeleine, 10, and Amelie, 8. The show sparks creativity beyond the screen and prompts lots of family “togetherness” activities. In fact, we’ve been inspired to have our own Waffle Wars. (I lost despite my awesome chocolate chip whole wheat waffles!) The show has inspired the girls over and over to get creative in the kitchen on their own, with Madeleine specializing in buttercream and making Harry Potter-themed cupcakes for a friend while Amelie is becoming an expert in tea-based, fruit-infused drinks and other desserts. Their kitchen creativity can get messy but it’s totally worth it. For us, watching Cupcake Wars feels more like a class than “screen time” – and we use what we learn to have some seriously messy, creative fun together.

What’s your favorite show to binge during a family night in with the TV? Tell us about your favorite binge-worthy family shows in the comments.