Celebrate the 28th anniversary of the Canton Liberty Fest with rides, games, entertainment and more June 13-15, 2019. 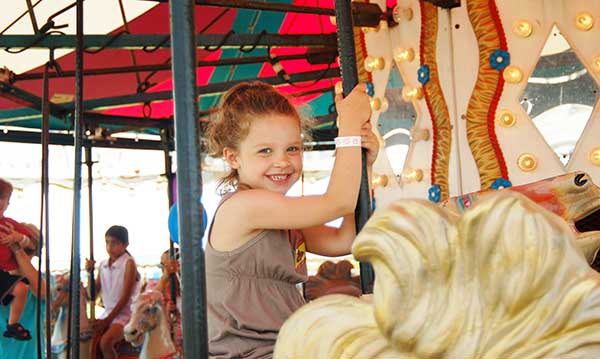 The Canton Liberty Fest is celebrating its 28th anniversary this year, so head on out to Heritage Park for three days of fun in the sun. From June 13-15, 2019, the festival will be in full swing.

Families will definitely want to check out the carnival games and rides for summer thrills–plus the two stages packed with live entertainment, a car show crafts and so much more.

Returning for a third year, the fair also hosts a mini food festival that will feature a Food Truck Rally and “Taste of Liberty Fest.” The fair’s fare includes a variety of food from local restaurants and eateries along with beer, and other adult beverages.

On Thursday from 1-3 p.m., the fair turns down the noise and sets their Therapeutic Family on rounds so that kids on the autism spectrum can enjoy the fun in a more sensory-friendly environment.

On Saturday morning, the festival hosts the 5k and 10k Liberty Run, which also features a 1-mile route for those looking for something smaller. And on Saturday night, kiss the fair goodbye with the spectacular fireworks display that is sure to be a hit with the kids.

Come out to Heritage Park and join in on the fun. Get even more details on this year’s Canton Liberty Fest, and other family fun things to do this weekend in metro Detroit and Ann Arbor, in the Metro Parent calendar.