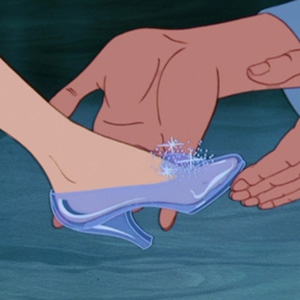 In 1950, Walt Disney forever changed the way we look at the fairytale about a poor girl with an evil stepfamily. And now, a local kids' theater group is offering its own "animated" stage version in Cinderella's Glass Slipper, playing in Troy March 24-25, 2012.

We all know the story: Cinderella follows a girl who, until her mother's death, is living a happy life. That is, until her father remarries – later dying and leaving Cindy under the care of her evil stepmother. Life changes immensely for the young girl, who is forced to be a servant, mistreated by mean stepsisters and not allowed to attend the royal ball – and chance to meet the prince.

Add a Fairy Godmother, some mice with killer sewing skills and a magical pumpkin – and Cinderella gets the chance to attend the ball, where the sought-after prince falls in love with her.

The Junior Actors of Ridgedale present this musical show for the first time in many years – complete with a chatty cat that turns into a horse, a talking pumpkin head that becomes a coach and, of course, those wee mice. Watch the magic unfold as the prince searches high and low to find the owner of that left-behind glass slipper.

The Prince and Cinderella share a duet called "Behind the Mask" – and they'll actually sing it in the audience! Kids and parents will love the beautiful music and scenery, producers promise.

The show lasts about an hour, and tickets are $8.50 per person. Show times are as follows:

See the Metro Parent listing for more on Cinderella's Glass Slipper at the Ridgedale Players in Troy.