Disney on Ice: 100 Years of Magic at Palace of Auburn Hills 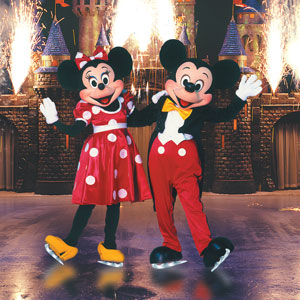 When you think Disney, there’s a good chance “magic” comes to mind.

From the characters and stories that capture our kids’ hearts to the theme parks where they come to life, Disney is all about magical moments. And that’s exactly what families will have the chance to celebrate when Disney On Ice returns to the Palace of Auburn Hills with its latest show 100 Years of Magic. Presented by Stonyfield YoKids Organic Yogurt, the family-friendly ice skating production will be here for nine performances from March 10-13, 2016.

The show will appeal to all ages and interests with characters including toddler faves Mickey Mouse, Donald Duck and Goofy plus the much-adored princesses Cinderella, Rapunzel, Ariel, Snow White, Tiana and more.

Have a little one who is still singing songs from the Frozen soundtrack all day? Then you’ll be glad to know Anna, Elsa and Olaf will also be featured in 100 Years of Magic, giving kids a chance to sing along to favorites like “Let It Go.”

You can also look forward to moments from Aladdin, The Lion King, Beauty and the Beast and Disney/Pixar’s Finding Nemo taking center stage as part of the 14 stories included in the production.

Other songs to sing along to include “You’ve Got a Friend in Me” and “Hakuna Matata.”

The average length of a Disney On Ice production is between one-and-a-half to two hours, including a 15-20 minute intermission.

Learn more about Disney On Ice at the Palace of Auburn Hills in the 2016 Metro Parent calendar.