Disney on Ice: Follow Your Heart at the Palace of Auburn Hills 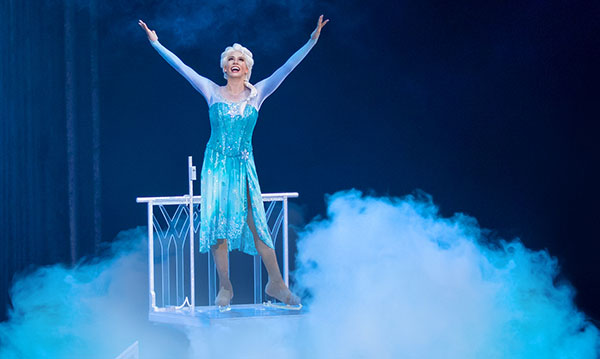 Spoil your favorite Disney-loving kid with a trip to see a performance of Disney On Ice: Follow Your Heart at the Palace of Auburn Hills March 23-26, 2017.

Watch as 60 characters from Frozen, Finding Nemo, Inside Out, Tangled and Toy Story as well as Mickey Mouse and his friends and more are brought to life on the ice. There’s also the chance to see aerial tricks and larger-than-life undersea creatures.

“What makes this Disney On Ice production so special is the variety of stories about self-discovery, courage and compassion,” says Nicole Feld, show producer and executive vice president of Feld Entertainment, in a press release. “Each element of this show was carefully planned so our fans could experience favorite Disney moments while believing in their own destiny.”

Theatrical fog and strobe lights will also accompany the singing and dancing on the ice during the roughly two-hour show. The performance will reproduce the underwater world from Finding Dory, transforming the ice into a “colorful aquatic paradise.”

“One of the most magical things about Disney On Ice is the performers’ ability to authentically showcase the best qualities of Disney characters,” director Patty Vincent says in the press release. “At our show, moms and dads are able to witness the production through the eyes of their children, allowing them to reconnect with their favorite characters and making them feel like a kid all over again.”

Disney on Ice recommends dressing for temperatures about 10 degrees cooler than the temperature outside the arena.

Tickets are priced between $25-$85 and there’s an option to order a commemorative, 3D graphics ticket. Showtimes vary for performance dates March 23-26. The Palace of Auburn Hills is located at 6 Championship Drive. Visit Ticketmaster.com for more information and to purchase tickets.

For basic details on Disney On Ice: Follow Your Heart at the Palace of Auburn Hills, see the Metro Parent calendar.