Disney's Beauty and the Beast in Detroit 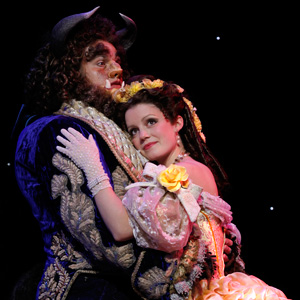 The Fisher Theatre invites you to be their guest April 10-22, 2012 to see the classic musical Disney's Beauty and the Beast, straight from the Broadway stage to Detroit!

Based on the Academy Award-winning Disney film, this production will dazzle you and your family – just as it has charmed more than 35 million people in audiences worldwide with its extravagant costumes, opulent sets and unforgettable songs.

Watch as Belle, a provincial town girl, teaches the Beast, a young prince transformed into an ugly creature by an evil enchantress' curse, to love and be loved in order to break the spell – before it's too late.

Although it's well known as an animated film from 1991, the Disney classic actually dates back to the mid-18th century. Beauty and the Beast was originally published as a French fairytale.

Today, it has been translated into hundreds of languages and been performed on stage in 21 countries.

The classic story of love and friendship has moved from book to film and was adapted to fit the Broadway stage 13 years ago, going on to become the eighth longest-running musical in Broadway history. The screenplay was reworked for live audiences with new (and old) songs, and opened at the Palace Theatre in April 1994. For this 2012 tour, the original creators of the Broadway stage show have come together again to bring it to even more stages.

For more information on Disney's Beauty and the Beast at the Fisher Theatre in Detroit, see Metro Parent's listing online!