Celebrate the spirituality and culture of India at the 32nd annual Festival of Chariots on July 23, 2017. 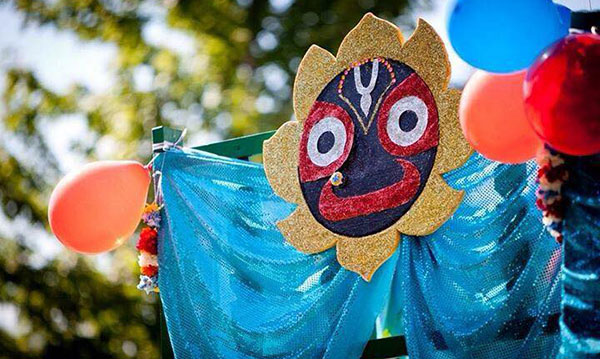 Immerse yourself in Indian culture and witness thousands of people pull a four-story chariot down the roads of Novi during the Festival of Chariots on July 23, 2017.

This 32nd annual event kicks off at the Novi Civic Center at 11 a.m. with a parade and grand celebration that stretches three miles onto 10 Mile and Taft before returning to Fuerst Park — where a grand celebration awaits.

The celebration, which lasts from 11 a.m.-6 p.m., packs lots of fun for your kids including inflatables, carnival games, henna and face painting. Plus, plenty of parent-friendly entertainment, dancing, live music, cooking demonstrations and shopping! You will also be able to see traditional costumes, Hindu rituals and educational displays and take part in four hours of yoga at the Kirtan Yoga Fest (2-6 p.m.).

The Festival of Chariots, otherwise known as Ratha Yatra, originated 5,000 years ago in India. It celebrates Lord Krishna’s return to Vrindaban; the festival is to honor Lord Jagannatha. The Festival of Chariots made its first appearance in the United States 50 years ago (watch for activities celebrating this milestone) and was celebrated in Detroit for the first time 1985. The metro Detroit celebration is now one of the largest celebrations outside of India and is free to attend.

For more information on the 2017 Festival of Chariots in Novi see the Metro Parent calendar listing.