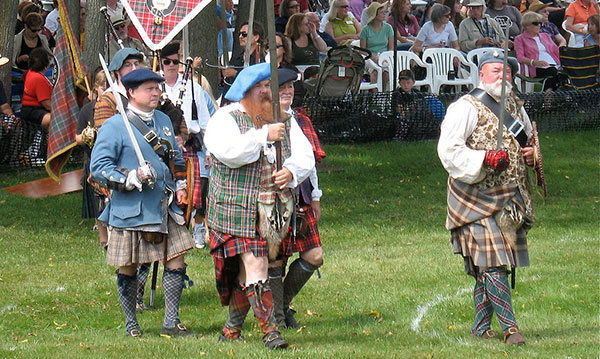 The Highland Games festival in Livonia was founded in 1849 and, now in its 166th year, its Scottish passion and pride hasn’t changed. Organizers boast these are “the oldest continuous games in North America” – and they’re returning Aug. 1, 2015 to Greenmead Historical Park for another year of warrior athletics, music and dancing.

Before the games even begin, moms and dads can head to Greenmead Livonia Friday, July 31 for a Ceilidh party, running 5-11 p.m. Traditional dancing nights before the games include entertainment starting at 6:30 p.m. with alcoholic beverages and food on site. No coolers or dogs will be allowed on site on for the concerts.

Then it’s time for the big event! Opening ceremonies begin at noon Saturday on the main field, though there are events happening starting at 8:30 a.m. (check the schedule for full details). The day will be full of games like the weight throw, hammer throw, caber toss – even a dance-off!

Families will find a lot of cool stuff this year, including some extras. Are you curious about your family’s history? Learn all about your ancestors this year at the genealogy tent. Take the kids to the Wee Bairns area to gain understanding of the heritage while having fun. They can color a shield for protection, take a tour of Scotland, see the animals, toss a wee caber – and even fish in the Loch Ness. Keep your eyes peeled! There will even be an appearance by Nessie the Loch Ness monster!

Don’t forget to take the little ones to the exciting heavy athletics competition. Professional warriors will be competing in Stone Put, 56-pound weight for height, caber toss, hammer throw and a 28-pound weight throw.

Following the day’s closing ceremonies, head to the pipedown running 6:30-8:30 p.m. at the Ceilidh tent, where families can find entertainment from Stone Clover, Albannach and Seven Nations. (There will also be a break for closing ceremonies at 6 p.m. on the main field).

For more information on the 2015 Highland Games Livonia at Greenmead Historical Park – and even more fun things to do in metro Detroit – visit the Metro Parent Calendar.

Santa's on his way and here are some spots in Macomb, Oakland, Wayne and Washtenaw counties that offer great Santa appearances for kids.
Read more
Coronavirus Help

How to Navigate the Holidays During COVID

With a little prep, masks and vaccines, you can safely celebrate the holidays during COVID.
Read more
Indoors

Searching for the right tree for your family? These Christmas tree farms in southeast Michigan will spruce up your holiday spirit in 2021.
Read more
Guides