House at Pooh Corner at Michigan Theater in Ann Arbor 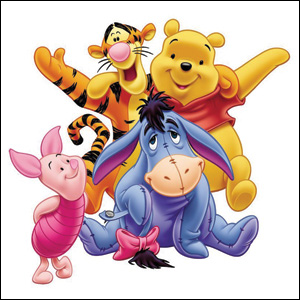 Take a musical romp through the Hundred Acre Wood and spend some time with old friends in The House at Pooh Corner, playing Ann Arbor's Michigan Theater on Sunday, March 18, 2012.

The House at Pooh Corner, based on A.A. Milne's book of the same name, translates Milne's classically sweet stories into a family friendly stage show. Watch as the gang meets rambunctious Tigger for the very first time and tries to find mopey Eeyore a home. And find out what happens when Christopher Robin grows up and must leave for school.

Milne introduced the public to the lovable Winnie the Pooh back in 1926. His timeless characters – also including Piglet, Rabbit, Kanga and Roo – succeed in delighting families still today.

Catch the show, part of the Michigan Theater's Not Just for Kids series, at 1:30 on Sunday, March 18. Tickets cost $12 for theater members and $15 for non-members. Reserve your via Ticketmaster or by visiting Nicola's Books in Ann Arbor.

See the Metro Parent listing for more on The House at Pooh Corner at Michigan Theater in Ann Arbor.

Do mom and dad need a weekend away without traveling too far? Consider one of these romantic getaways for parents in Michigan.
Read more
Health