What Should the Michigan State Insect Be?

A group of 4-H kids sparked an effort to make the green darner dragonfly the Michigan state insect. Learn more, and meet five other atypical-yet-worthy bugs. 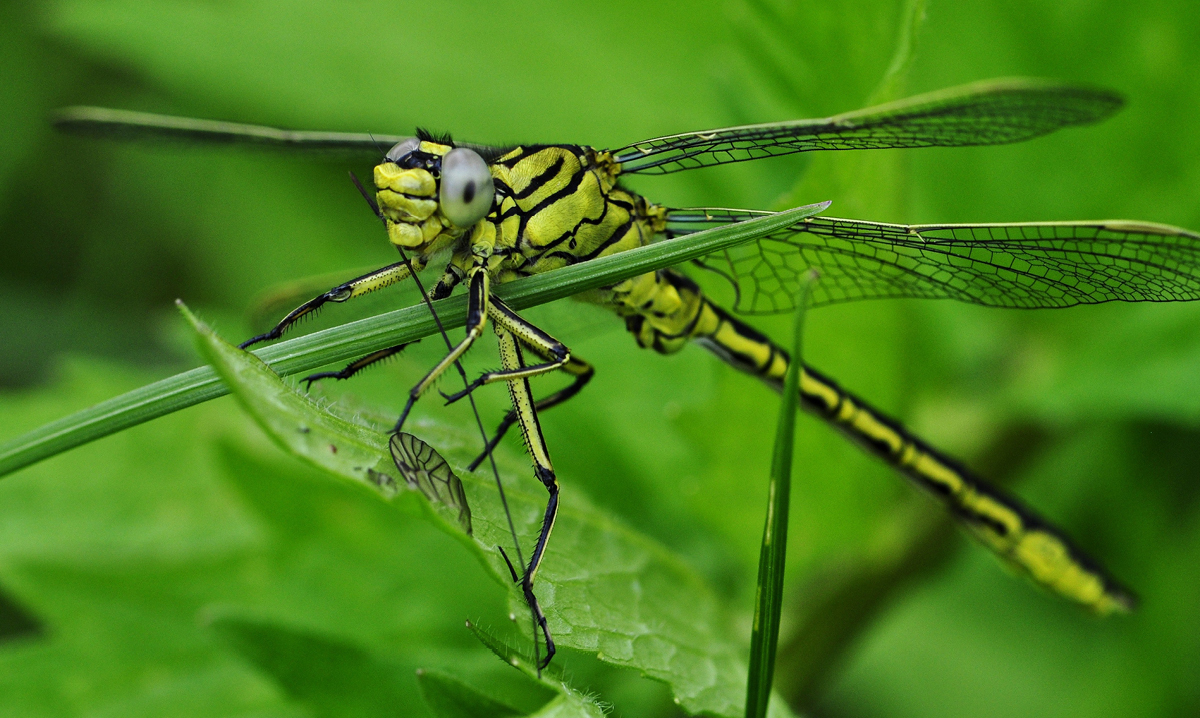 Our state bird is the red-chested robin. Our state fish is the marbled brook trout. And now, there just might be an official Michigan state insect on the horizon.

That’s because a bill was recently introduced in our House of Representatives, reports WILX News out of the Lansing/Jackson area. Why? A group of local kids decided it was high time. After all, 48 other states have already declared insects.

The kids, who belong to the 4-H Club of Springport, reportedly reached out to their state representative, Sarah Lightner, to get some help. Together, they decided on the Anax junius – better known as the green darner dragonfly – as the best candidate.

“The kids wanted to come up with an insect that fit Michigan’s identity,” Lightner says in a new announcement. “Dragonflies are usually found around water and we’re the Great Lakes State, so we thought it was fitting.” The proposal, House Bill 4817, is under consideration as of mid-August 2019.

While the winged insect is a solid choice, it means that we would share a state bug with Washington. Common state insects also include butterflies, ladybugs, honey bees and dragonflies. But what about the not-so-cute bugs?

This is also an opportunity to highlight insects on the endangered list – and make note of how we can improve their habitats.

While the green darner dragonfly is beautiful and likes our lakes, it is in no danger of disappearing anytime soon – and it isn’t unique to Michigan.

So, while we are excited to join our nation in having a recognized state bug, we also think that these contenders should be considered for a chance to represent.

There isn’t a Michigan summer that goes by without these guys swarming for a few short warm weeks. They coat storefronts and boats in the marina, they make streets and sidewalk slick and if you can probably hear them popping under tires.

The bug is so popular that there are festivals for them – like the Bay-Rama Fishfly Festival in New Baltimore and the Mayfly Music Festival in Dundee. These bugs are a staple of a Michigan summer and should definitely be considered for the honor of state insect.

There has been a petition to make the monarch our state insect for a while now. If it is considered, we would share the popular pollinator with Alabama, Idaho, Illinois, Minnesota, Texas and West Virginia.

While we aren’t too keen on sharing, the monarch does have a unique tie to Michigan as hundreds of people flock to the shores of the Great Lakes to see the butterflies begin their migration south in the fall. Maybe the monarch makes the most convincing contender for the title.

This one even has one of our Great Lakes in his name! These critters live in the iconic sand dunes of the northern lower peninsula and upper peninsula. The bad news? They are endangered.

There are efforts to restore populations in Ontario, where they are also present. But naming them the Michigan state insect would help shed some light on our state’s need to cut down on shoreline development and protect our vulnerable species who call the dunes home.

While not as flashy as the monarch, this guy is in some serious need of recognition. Once prevalent in five states, the Satyr has been reduced to only living in Michigan and Indiana. The Michigan Nature Association is working to protect and manage the habitats that these rare beauties occupy. And if they are recognized as the state insect, it would be a huge boost to conservation efforts.

OK, they aren’t pretty – but this rare beetle is one of Michigan’s oldest species, as it is thought to be left over from the glacial period. It also shares the endangered status of other insects on this list and only lives in Michigan and Ontario.

So, while they may be tiny (less than a quarter inch long) and ugly, these guys deserve a nomination based on their need for conservation – and their OG bug status.

Did we cover all of your favorites, or do you have a bug you want to see nominated? Let us know in the comments.