An Oakland County kid decided to make a Braille valentine card for her friend at school. Here's the story behind a local 8-year-old girl's very sweet act. 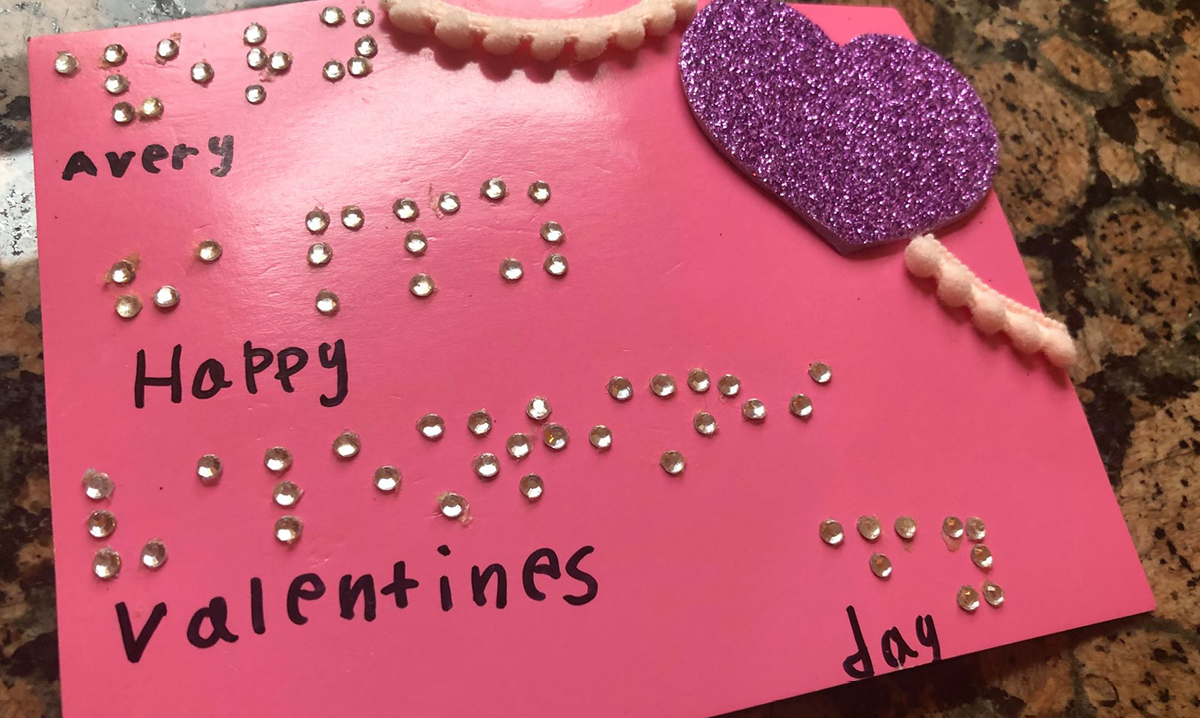 We see a lot of cute Valentine’s Day cards this time of year – from the hilarious things kids write to the overachieving parents who take things a little too far.

But one metro Detroit girl’s valentine to a friend this year is something totally different – and so much more special.

Quinn, an 8-year-old from Royal Oak, didn’t want her classmate Avery – who has a visual impairment – to feel left out of the celebrations when the other kids were reading their cards. So she Googled the Braille alphabet and wrote a message that her friend could fully appreciate – a special Braille valentine. 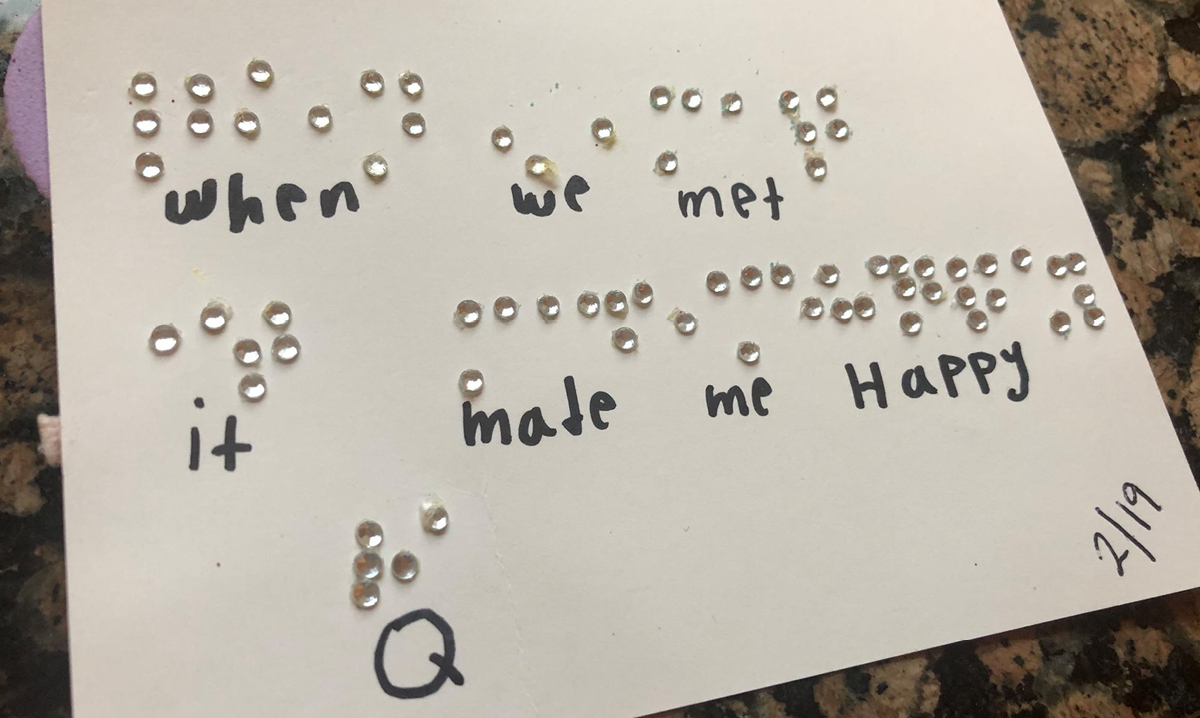 “She came up with it entirely on her own,” says her dad, Derek Cookson. “She looked up the Braille alphabet online and figured out how to make raised letters with the rhinestone jewels so Avery could feel them.”

When Avery, 8, got home from school, her mom, Ann Devereux, saw the valentine and said it “made her day.”

“Aside from being visually impaired, Avery has other health issues, and all of her classmates – Quinn being one of them – have taken her under their wing since they started kindergarten,” she says. “It’s no surprise that Quinn thought of the idea and put so much time and care into it, because that’s the kind of sweet, thoughtful kid she is.”

Although Avery can’t describe what the Braille valentine gesture meant to her due to her health conditions, “I know she feels safe and loved by her friend,” Devereux says.

“As parents to a child with special needs, all we hoped for was for Avery to have friends like Quinn,” she says. “All of the kids at Keller (Elementary School) are amazing and thoughtful, and I’m impressed by them every day.”