Up Your Game With 1Up Gaming Lab in Metro Detroit

This venue-on-wheels offers several different game options for gamers of all ages. Learn more about it here. 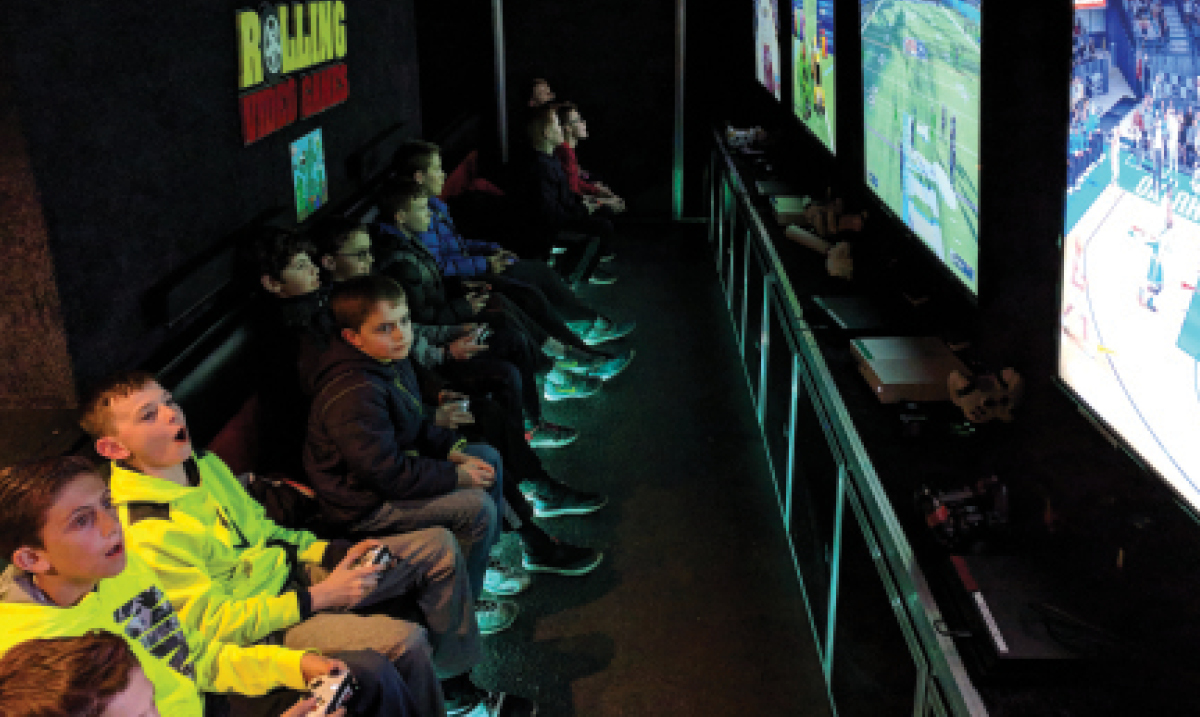 Kids who step aboard the 1Up Gaming Lab should prepare for two things: an awesome group video gaming experience – and some friendly competition.

“I let them know, ‘I’m going to be playing with you, and I aim to win,'” says Tyrell Slappey, 29, who created the venue-on-wheels with fellow Detroit Cass Tech grad Derron Davis, 27, last August. Now, the Sterling Heights-based venture is revved for a full summer tour, including a few festivals and lots of for-hire fun.

This climate-controlled “lab” is a 32-foot trailer with four 55-inch high-definition TVs, surround sound and custom stadium seats that vibrate in tandem with the games – currently 70 total options for Xbox One, PlayStation 4 and Nintendo Wii.

“There are 10-plus consoles, with an old-school Nintendo Wii and Xbox Kinect outside so you can play games like Wii Sports and Just Dance,” says Slappey. “Any new game that comes out, we grab it quick.” Current fan faves include Minecraft, Mario Kart and Rocket League, and a Nintendo Switch is in the works.

All ages are welcome; under 6 must be with adults and no M-rated games without direct parental consent. Tailored to fit 16-20 people, 1Up offers games for at least two to four players – no solo play. And that’s by design.

“It’s the magic of sitting on the couch and playing with someone next to you,” Slappey says.