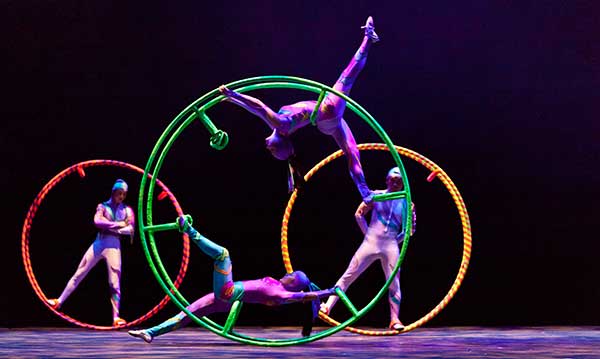 Looking for a show that your family will go head over heels for? The Golden Dragon Acrobats presents the faced-paced, family-friendly, acrobatic Broadway show, Cirque Ziva, for one show only at the Fox Theatre Detroit on March 19, 2017.

This two-hour performance, which was created in 2011, features a large troupe of costumed performers that wow the crowd with mind-blowing contortions, stunts and technically sound acrobatics that showcase traditional Chinese dance.

Apart from a jaw-dropping good time, show-goers will get to enjoy elaborately-designed sets, traditional costumes and a cultural exchange that make this show perfect for theater lovers of all ages – one of the fun things to do in Detroit for kids and families alike this weekend.

Cirque Ziva is set to happen at the Fox Theatre in Detroit at 3 p.m. Sunday, March 19, 2017. Tickets are on sale now ranging from $24.50 to $44.50. They can be purchased at OlympiaEntertainment.com, Ticketmaster.com and the Fox Theatre and Joe Louis Arena box office.

See the Metro Parent calendar listing for Cirque Ziva at the Fox Theatre in Detroit for more information.