This cozy restaurant's version of hamburgers and shakes will wow parents and kids at this family welcoming spot. Savor delicious Frita Batidos churros, too. 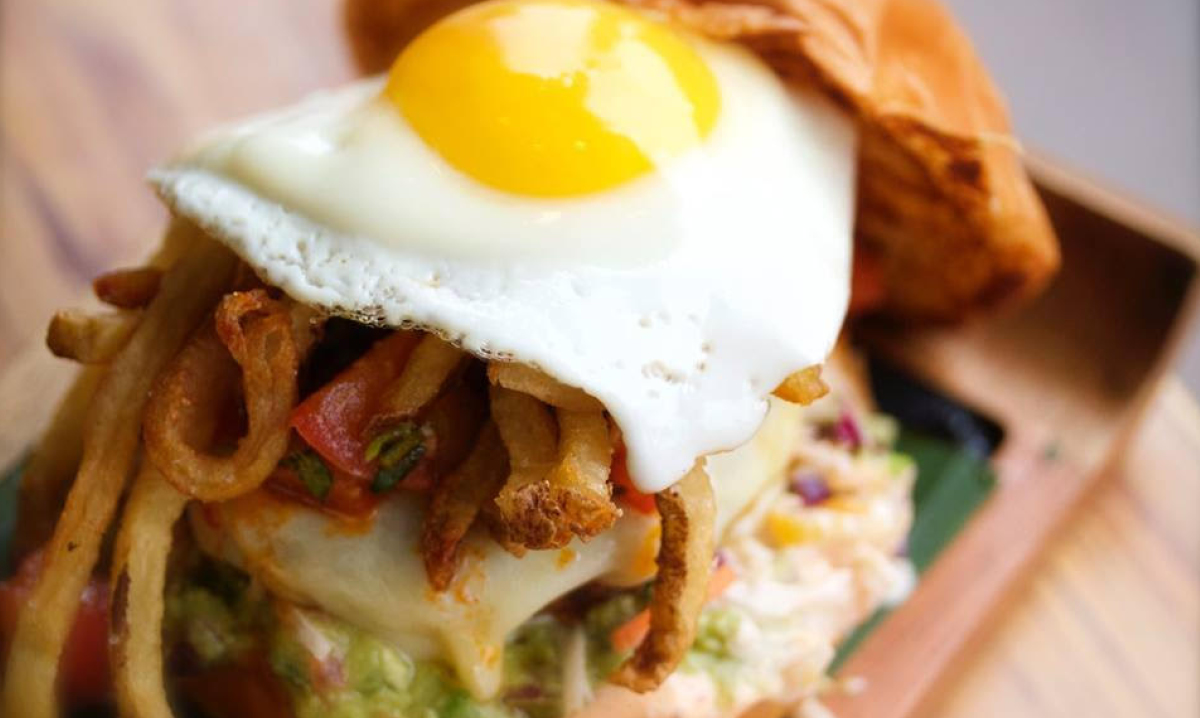 I don’t get over to Ann Arbor nearly as much as I would like to. On a good day, it’s a 45-minute drive for a Macomb County family – not an easy trip to make with two small children. Every couple months, though, we get a craving for proper Cuban street food. It just so happens that my brother lives in Ann Arbor, and there are plenty of other attractions (the Ann Arbor Hands-on Museum, Zingerman’s Bakehouse, etc.) – so the occasional trip down I-94 is worth the effort.

Frita Batidos is one of the reasons why. It’s a rare and fascinating spot where nearly everything is made from scratch with love and the utmost care. There’s a vibrancy to Cuban cuisine in both appearance and flavor that has broad appeal to both adults and kids.

Owner and former Top Chef contestant Eve Aronoff Fernandez explains her menu, “I think the food is kind of a kid’s dream – translated to hamburgers (fritas), milkshakes (batidos), homemade doughnuts (churros) and then making it all from scratch and accompany each plate with fresh fruit.”

Most notable about the kids’ menu at Frita Batidos is that all of the items are just miniature versions of adult fritas. Rather than creating a separate menu of boring, processed foods, Aronoff has used her better judgment and remained true to Cuban cuisine. Although the menu is straight forward, the flavors in each dish are robust and satisfying. It’s amazing what can be done with meat, bread and potatoes.

At its most basic, a frita is a Cuban sandwich made with chorizo topped with shoestring fries and placed in a soft egg bun, similar to brioche. Batidos are tropical milkshakes made with fruit, shaved ice and sweetened milk. As you can tell from their compositions, both fritas and batidos are exponentially mutable.

Frita Batidos serves an avocado spread that, while not explicitly called “guacamole,” is pretty similar. Instead of boring old tortilla chips, this spread is served with some perfectly fried plantain chips. Plantains are bananas’ starchier, more savory cousins. Both of my kids adore guacamole, but seemed to like this version even more. It may the plantains.

A spicier, more parent-oriented dish is the ham and cheese fries. A pile of fresh-cut shoestring fries topped with Tasso ham, Michigan sharp cheese, Spanish onions, tomatoes and fresh herbs is the perfect blend of creamy, salty and spicy.

Although not mentioned on the menu, there was habanero cheese in combination with the sharp cheese on the evening I sampled these fries. Since Ann Arbor is a college town, these fries will achieve cult status in no time as there are few foods better than these after an evening on the town.

Sure, the ham and cheese fries are a meal on their own, but you’d be remiss to visit Frita Batidos and not order either a frita or a batido. As mentioned previously, fritas are like hamburgers, but that’s just the starting point.

All of the beef, pork, chicken and turkey used by Aronoff in the fritas are locally-sourced and raised humanely. Cheese, produce and other ingredients are sourced from Michigan or the Midwest whenever possible.

Five different fritas are available, ranging from beef to chicken to black bean. Each sandwich is handmade and to order. These are not fancy sandwiches. Bread, filling and aioli – a simple trifecta that works exceedingly well. You have the option to add cheese, an egg, cilantro lime salsa, tropical slaw, or all four (adding all four becomes the aptly named Frita Loco).

Kids are able to order fritas, too, but they are smaller. It’s a novel concept – kids eat what adults eat. More to the point, almost everything on Frita Batidos’ menu is accessible for kids. Aside from some moderately spicy dishes, kids with bigger appetites will be able to order anything off the regular menu with confidence.

You can also be confident in the batidos. Whether you like coconut, lime, passion fruit or mocha, each is delicious in its own way. Each flavor pairs well with any of the menu items, especially because the creamy batido offers relief if you do catch a spicy bite of chorizo. Besides that, who doesn’t love a milkshake?

And don’t forget about dessert. Churros are basically long donuts rolled in cinnamon and sugar. Served piping hot and in a paper bag perfect for carrying out, these beauties are a traditional treat that are hard to resist. Ask for a side of chocolate Espanol, a gently spiced chocolate dipping sauce, to pair with your deep fried delight. It wouldn’t surprise me if people visit Frita Batidos just for the churros. They are simply heavenly.

Speaking of heavenly, the Cuban sandwich is quite literally one of the finest sandwiches I’ve ever tasted. From the fresh baked bread to the tender pork to gooey cheese, each layer is distinct and flavorful.

With its wide-open interior and communal tables, Frita Batidos is perfect for play dates, too. And with picnic tables as the main seating option, the communal set up is ideal for multiple families or group lunches.

Flower fields make for the perfect socially-distant spot to snap an Insta-worthy family pic.
Read more
Things to Do