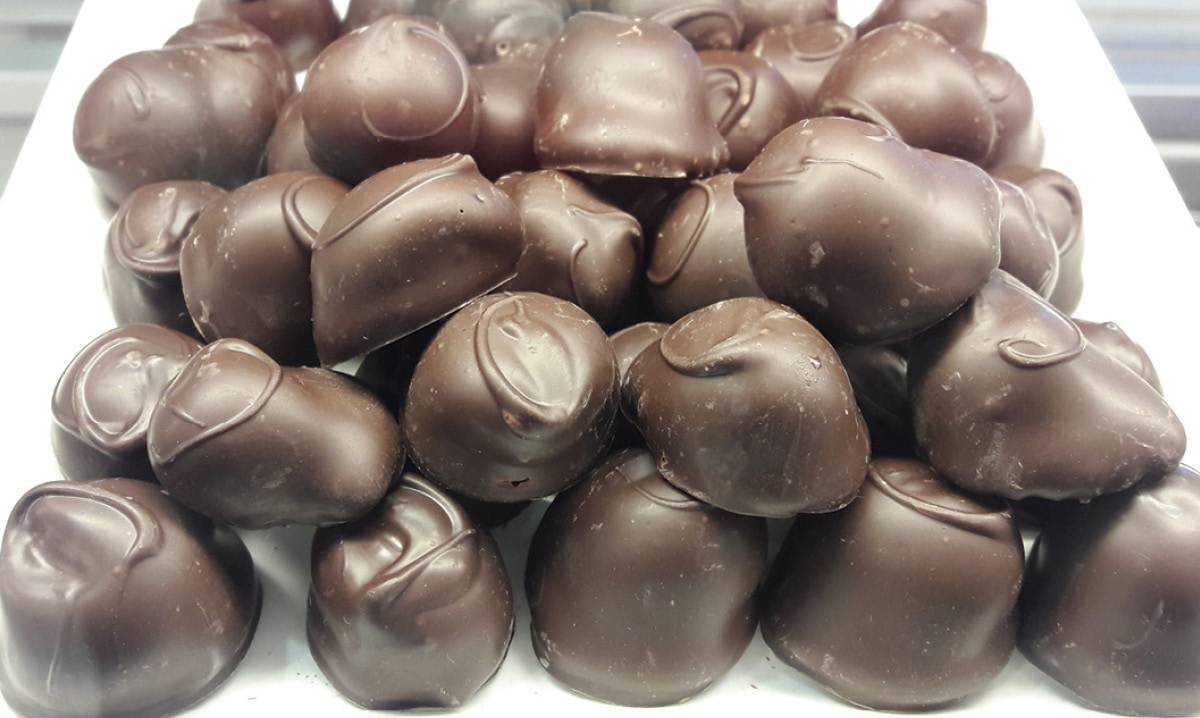 Willy Wonka’s candy factory had a chocolate waterfall. But thanks to a tasty remodel, Sanders Chocolate & Ice Cream Shoppe in Clinton Township has two.

The smaller-scale duo, which drizzles behind the headquarters’ candy counter, are among the new marvels here since a late-fall unveiling. And February is prime time to explore this confectionary smorgasbord of family fun.

“Nothing is the same in the shop,” Nakia Mills, Sanders’ public relations director, says.

In addition to the waterfalls, which hold 30 gallons of warm chocolate (and, like Wonka’s, mustn’t be touched), the shop added 50 indoor and 75 exterior seats, including a colorful patio, nostalgic and modern design flourishes and a “visible bakery” for behind-the-scenes peeks. Still going strong are free factory tours and the observation hallway. “It’s awesome for the kids to come into the store and watch the candy makers at work,” Mills says.

“Come see how chocolate is made, see the cool products, smell things and stay a while,” Mills says. “Sanders was remodeled to see your eyes go (wide).”