The Historic Redford Theatre in Detroit 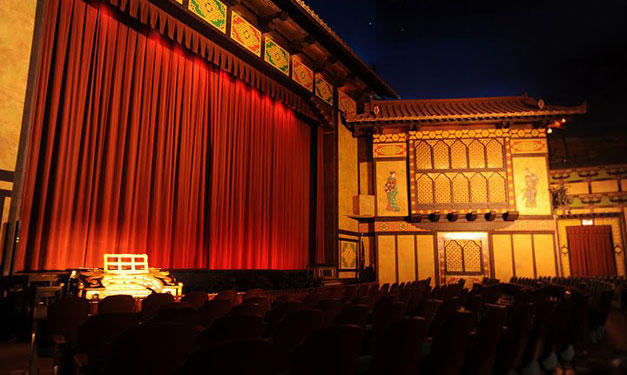 A projectionist warms up the 1950s-era projectors and prepares 35 mm reels of vintage films. You take your seat in the main auditorium of the Redford Theatre in Detroit, restored to its 1920s splendor, and excitedly wait for the dimming of the lights and the countdown to show time.

The Redford Theatre, built in 1927 and now owned and operated by volunteers with the Motor City Theatre Organ Society, offers parents and children alike a unique movie-going experience with its showing of strictly classic films. The theater also serves as a venue for organ concerts and events with special guests.

When the theater first opened its doors in January 1928, John H. Kunsky – a local theater proprietor who owned the Royal Oak Theatre and Michigan Theatre in downtown Detroit – owned it, says organ society member Allen Fitzgerald, who has been volunteering at the theater for 40 years.

When the Goldberg family of Community Theatres decided to sell, and had no children who wanted the theater, “We were given first opportunity to purchase it,” Sites says of the organ society. The society bought it in 1977 after leasing it from the Goldbergs for a few years, notes the Redford Theatre’s historical timeline.

The all-volunteer staff has “painstakingly, over 40 years, restored it to its original theme,” Sites says of the theater today. They’ve revived the Japanese-style paintings and flourishes – and even put in new seats on the main floor 10 years ago, she notes.

The theater still has its Barton Organ, too – unique because it’s one of 300 Barton Organs ever made – and only one of three with dragons on the console, Fitzgerald says.

The theater is listed on the National Historic Register and Michigan’s historic register, according to the State Historic Preservation Office’s online database.

When Devin Newell of Dearborn brought his kids Maggie, 8, and Tom, 9, to The Redford Theatre in December 2012, it was their first trip to the theater.

“It’s a little bit different than just going to a regular movie. They haven’t been to a theater this elaborate,” he says, calling the trip an “outing.”

“(We) try and really never show ‘R’ films,” Sites says, which keeps it a family-friendly destination.

“You come to a place like this, and you watch films that are actually wholesome,” she adds. Sites describes seeing a movie at the theater as a communal experience.

Want to catch a flick? See here for upcoming events. Tickets are $5.