What documentation do you need for your kids to tag along to, say, Europe or Canada? Read on to find out the who, what and where of kids passports. 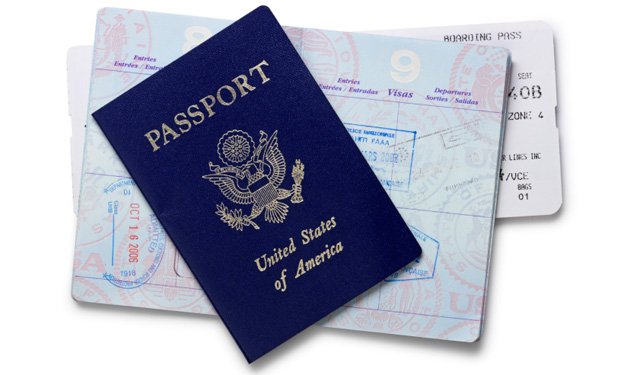 With stricter guidelines at all border crossings, passports are becoming a necessity for more parents and kids in southeast Michigan – even those who want to visit family just across the border in Canada. From passports to passport cards and enhanced drivers’ licenses, travelers have multiple options for obtaining proof of residency. Knowing the rules can help you pick the best option when it comes to kids passports.

The Western Hemisphere Travel Initiative (WHTI), which went into effect in summer of 2009, requires all U.S. citizens returning to the United States to present WHTI-approved ID to border crossing agents.

According to the Michigan State Department, children under 16 years old are able to cross land and sea borders using a U.S. birth certificate but are required to have WHTI-approved documentation for all international air travel.

For most people, the latter includes a passport, passport card or enhanced driver’s license – but other accepted passport alternatives include the Trusted Traveler Program cards, SENTRI and FAST, which offer speedier border crossing for those who travel frequently.

For their children, most parents select a passport book or a passport card.

“The full passports are good for all land, sea and international air trips. The passport cards are only good for coming back into the United States using land crossings,” says Ruth Johnson, Michigan’s secretary of state. “If a parent knows for sure they won’t be traveling internationally by flight, they only need a passport cards for their kids.”

Michigan also offers the enhanced driver’s license option to those over 18. They are available from Michigan Secretary of State offices and act as a regular state driver’s license as well as identification to cross borders by land or sea.

All applicants must complete an application, which is available online and from passport offices and can be completed in advance. Evidence of U.S. citizenship must be included. This includes a previously issued passport, certified birth certificate, naturalization certificate or certificate of citizenship. Parents must show identification too, including a previously issued passport, naturalization certificate, driver’s license, government or military identification.

There’s a fee for the application, and some offices charge a handling fee, as well. The application must also include two passport photos.

Passports and passport cards can be obtained at many post offices as well as some local government offices. Find a complete list at the State Department website and the United States Postal Service site. Some also offer passport photo services, but Johnson advises all applicants to call ahead to inquire about services and hours of passport service operation.

Passport photos are offered at many post offices, some government offices and photo processing locations, like local drug stores. There are very specific rules about size, composition and quality. Those not meeting the requirements will be returned and the passport will not be processed.

It typically takes four to six weeks for the passport to be processed, so it’s important to plan way ahead if you have a trip planned. Keep in mind that errors in the application and a backup in the process can delay them.

Johnson recommends those applying for passports allow more time than the average wait time in case of delays due to errors, issues or an increased demand.

In a hurry? You can pay a fee to expedite the process. Approximately five to seven days after the passport application is submitted, you can track it online and estimate your wait-time.