Lost or Stolen Passport: What to Do

What happens if you or your child loses a passport? Learn where to go for help, how to report a stolen passport, passport scams to watch for and more. 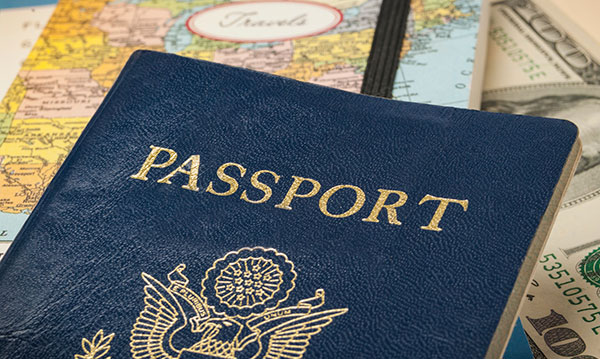 One minute, you’re snapping a picture of your little ones posing in front of a famous landmark. The next, you’re frantically searching your pockets for your now missing passport.

An enjoyable trip abroad can easily turn into a panic-induced nightmare upon discovering your passport has been pickpocketed or you’ve misplaced it while visiting a tourist attraction. In the event of a lost or stolen passport, what to do immediately following the discovery is important.

My passport was stolen. What do I do?

First, know you will need a passport to return home, so it’s important to report a stolen passport and get a new one.

Travelers from the United States will “immediately you go to the U.S. Embassy,” says Pamela Nikitas, travel agent and owner of Joan Anderson Travel Services in Detroit. Reach out to the U.S. Embassy or consulate in whatever country you’re visiting and ask to speak with the consular section, the U.S. Department of State explains.

Upon reporting the passport stolen or lost, the Department of State also adds you’ll have to fill out a statement. You may chose to fill out a police report, though it is not required, the department explains.

A few things you’ll be required to have for your new passport:

Word to the wise: the Department of State notes the embassies and consulates are closed on weekends and holidays.

Preparing ahead for lost or stolen passports

While it may not happen to you (or you hope it doesn’t), travelers should be prepared just in case a family member’s passport is stolen while traveling.

Make photocopies. “Everybody who travels any place that has a passport, they should keep a copy of their passport separate from their passport,” Nikitas says, adding it’s a step many people don’t think of when preparing for a trip.

“You should have some evidence of your U.S. citizenship,” says Nikitas. The photocopy of your passport will suffice, and you could make a copy of your birth certificate before you leave, too. You may decide to keep the copies on your cellphone. Also, keep your driver’s license with you so you have a form of identification handy.

The Department of State also recommends leaving copies of these vital documents with family members back home.

Keep it safe. Nikitas also advises travelers to wear a discrete waist belt or money belt underneath their clothing and keep their passports in it, rather than in a pocket or a purse where it could be easily lifted. You can find them on Amazon.

Know the passport scams. So many British passports were stolen in August the Foreign and Commonwealth Office started a campaign to share some common passport scams. Make sure you know some of the most common ways passports are stolen and watch a video of the top four on the Daily Mail’s article about the FCO’s campaign. Any time you’re easily distracted, you could become a target.

“That’s nothing new,” Nikitas says of passport scams, adding she usually advises her clients of these tricks before their trips. A common one she points to? “(Scammers) will distract you and you will be talking to somebody, or somebody’s looking for information, or they say that they’re lost and, ‘do you know how I would get some place?'”

Find a list of some well-known travel scams at Wikitravel, including information on protecting yourself from pickpockets.

Know where to find help. It wouldn’t be a bad idea to know where the nearest U.S. embassy or consulate is and how to contact them. You can look online ahead of the trip to get information on the country you’ll be traveling to.

Have any additional questions about passports? Contact the National Passport Information Center.