Pro Football Hall of Fame in Canton, Ohio is a Fun Family Trip 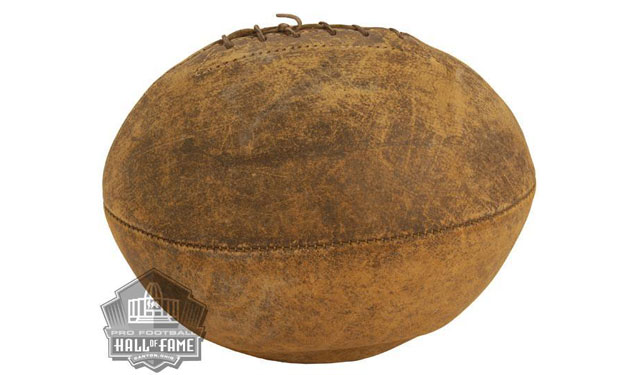 Talking in hushed tones, a father and son, both in clad in matching football jerseys, lingered over a display in the First Century of Football exhibit at the Pro Football Hall of Fame in Canton, Ohio. The stop: Eric Dickerson’s jersey and football, both from when he broke the single-season rushing record in 1984 for 2,105 yards while playing for the then-Los Angeles Rams.

I couldn’t help but smile at the dad patiently explaining the significance of the shattered record to his wide-eyed son before they moved on to the next display. Scenes like this are common here, as diehard football fans relive their favorite moments in the sport, learn more about its history – then share with their kids.

Football’s professional roots date back to 1892. Before it became known as the National Football League, it was called the American Professional Football Association – and it was organized in Canton on Sept. 17, 1920. At the time, Canton had a popular team, the Bulldogs, which, led by football’s first great player, Jim Thorpe, went on to win several championships before becoming the Cleveland Bulldogs.

The team was then eventually sold back to Canton, but never enjoyed its previous dominance – and was cut from the league in 1927. The Canton Bulldogs, however, still hold the NFL league record for most consecutive games without a loss (there were three ties) – 25.

In 1963, the Hall of Fame opened its doors with 18,000 square feet of displays honoring football greats. Through the years, various renovations have beefed up its size considerably; it’s hitting 118,000 square feet in 2013.

The Pro Football Hall of Fame is just over 200 miles south of Detroit, and it takes about three and a half hours to drive there. Check out its website for current ticket costs, hours and other visitor information.

Exhibits not to miss

As you enter the Hall of Fame, a larger-than-life statue of Jim Thorpe greets you. You’ll then follow a circular ramp into an exhibit about the history of the sport. Then, the museum breaks out into various exhibits, including the showcase of bronze busts of those greats who’ve been inducted into the Hall of Fame (note: There are about a dozen Lions players among them).

Other exhibits highlight memorable moments with mementos and videos. One video channeled the pulse of the game with a collage of comments from coaches and players. (Incidentally, on the drive home, we talked about our favorite parts of the museum – and one of my kids said she liked it when the coach in the film said, “Make him spit Chiclets.” Second favorite, from a player: “I think I have gangrene in my toes.”)

Besides the short videos with displays, make sure to see the 30-minute film held in the Lamar Hunt Super Bowl Theater. The seating rotates so that you begin with the previous season’s highlights and then move on (literally) to Super Bowl clips.

Along with interesting exhibits and play-by-plays of football’s greatest moments, another reason to visit the Pro Football Hall of Fame is to proudly wear your favorite team’s jersey. You’ll also find some cool Detroit Lions memorabilia on display, including:

Whether our home football team is winning or losing, if you’re looking to relive football’s great moments with your family, a stop at the Pro Football Hall of Fame is a must.

Note: This article originally appeared in the 2012 print edition of Metro Parent.