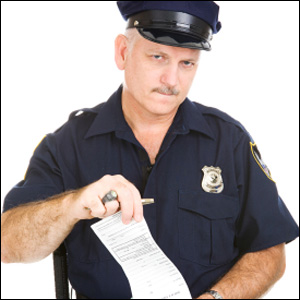 A small city in Wisconsin is making a big change when it comes to the way it deals with bullying. Monona has created a new ordinance that holds parents accountable for their children's actions.

The city's police department will now issue tickets to parents who fail to reprimand their troublesome teens. It appears Monona is the first city to take this tough approach, the National Bullying Prevention Center's director told Today.com.

The plan? A ticket will be issued as a "parent-liability clause," the Wisconsin State Journal reported. The first ticket will cost $114; following violations are $177. Before a ticket is issued, a police report must be filed, witnesses and evidence (cyber or otherwise) will be gathered, and the parents will be notified that their child has been bullying. If the behavior resurfaces within 90 days of the notification, that parent will be issued a citation.

What is a bully?

The city reportedly defines bullying as "an intentional course of conduct which is reasonably likely to intimidate, emotionally abuse, slander, threaten or intimidate another person and which serves no legitimate purpose." Only the families of children 12 and up are subject to ticketing. And it adds that parents who are clearly working to improve their child's behavior will not be fined.

Det. Sgt. Ryan Losby of the Monona Police Department spearheaded the new idea, the Journal reported, because of evidence he found that almost all recent school shootings were the direct product of bullying.

Bullying is a huge problem among children and teens across the country – one that's led to suicides and self-harm within the past decade. Have you seen the note card videos circulating YouTube? (Warning: Come prepared with a tissue.)

With kids taking bullying to new extremes with social outlets like Facebook and Twitter, demeaning others becomes easier – and more prevalent. Cyberbullying has streamlined the process by which a tormenter can destroy another child's life.

Even so, will this small town's idea catch on across the country – or will it fizzle out like many previous attempts to end the vicious cycle of bullying?

"A fine for repeat offenders who haven't tried to help their children seems perfectly reasonable," Sad&Pitiful commented on an article on Today.com. The writer added that schools can't handle the problem alone, because many teachers simply don't see the bullying when it occurs. A bullying issue would ideally be nipped in the bud, but "an accomplished bully makes sure that doesn't happen."

Another voice, Brad-3492066, was on the opposite end of the spectrum. "Wow! How ridiculous!" he commented on the same article. "They've made this issue into a garbled pseudo hypersensitive mess only because it's easier to deal with placating perceived bullying then actually dealing with it when it actually happens."

Kyle-1347271 saw things differently: "Let me know if my child is the cause of another's misery! I'll not get a ticket and address the problem. The parent of a bully needs to know! Down the road, a misbehaving kid is setting him or herself up for a self-deserving life based on retribution."

And another Today.com commenter, Tish Robbins countered that a little tough love and self-policing will take care of things. "How are these kids who can't handle a mean word going to navigate the often cruel world of adulthood? Sometimes we just need to let kids work things out for themselves."

The reviews are mixed, but one thing is for sure: For the foreseeable future, any bullies in Monona will have a heavy price to pay for their actions.

Christmas Eve is one of the most magical nights of the year. The excitement of the holiday is reaching its peak, and children are...
Read more
At Home