Dealing with Aggression in Little Kids

When children bite and hit, whether it's siblings or classmates, here's what parents can do to deal with this issue. 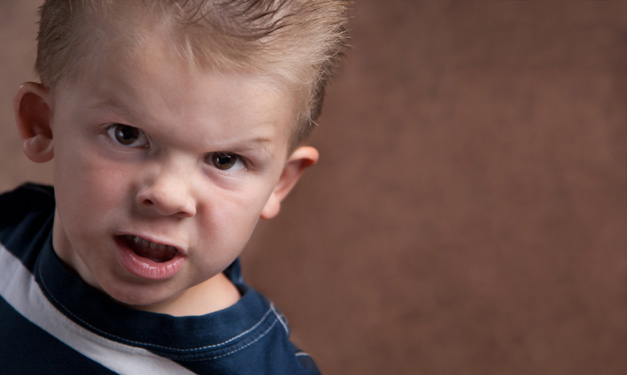 No parent wants to have the child that bites or hits other kids. But if the daycare center or school says that your child bit their playmate in the sand box, it is not time to give up and send him to baby boot camp. There are things you can do to tame your toddler’s aggression.

Why do toddlers hit or bite?

Toddlers have feelings just like everyone else, but they don’t always have the vocabulary to explain what they want – or they might get frustrated when people don’t understand what they are trying to say.

Like miniature cavemen, toddlers eat, sleep, play and shriek. When they were babies, they would cry – and Mommy or Daddy would have to guess what was wrong. They are older now, but just as before they can’t always communicate what they want. That’s where the biting or hitting comes in.

“This is normal because they don’t have the same reasoning skills as we have about not to do that, says parent education specialist Teresa Sandner with CARE of Macomb. “They are not getting what they want and not able to tell you what they want.”

It is important to keep a close look out for the physical and emotional cues toddlers give off right before they act out. They will help when trying to stop bad behaviors before they happen. The toddler is normally acting out of frustration for not being understood, not anger. Once they are upset, it becomes even harder to calm them down and rein them back to tranquility – as many parents already know.

“If a kid is doing it out of anger, you want to look for the cues and intercept it before it goes forward,” says psychologist Joan Lazar of Pioneer Counseling Center in Farmington Hills.

Lazar explains that parents should never give long lectures. Instead, give very specific demands/commands, usually 10 words or less. Say “No,” and then distract your child with something else while figuring out what they need.

Use a “Time Out,” too. Remember: the duration of the “Time Out” corresponds to how old the child is; they get one minute for every one year of life.

Though the behavior may not go away after the first time, your child will eventually stop after the message becomes engrained in her head.

The problem could be, however, a result of the child mirroring what he or she sees at home.

“If there is aggression or domestic violence in the home, there could be some modeling effect where the child is picking it up,” Lazar says. “The modeling effect is very powerful. Children will do what we do and not what we say.”

It is important to raise children in a stable, calm environment where both of the parents are on the same page and are not fighting in front of the child. Avoid hitting or any physical kind of punishment if parents model the behavior they expect.

Ignore minor negative behaviors, because giving attention to them will result in having the child repeat the unwanted behavior. Bad behavior has to be addressed and dealt with, but small annoying things will go away if no attention is paid to them.